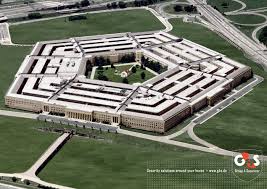 We ran a headline on Military.com this morning about a report released yesterday by the Pentagon Inspector General on body armor testing.

The report says the Army did poor quality assurance on several lots of Point Blank-made Interceptor Body Armor vests, posing a risk of about 340 lots of OTVs that weren’t inspected or randomly tested because the materials were the same.

As some of you might remember, I did quite a bit of writing on the body armor issue back in 2005, culminating in a major story that the Marine Corps fielded thousands of Interceptor vests that Natick engineers said were dubious. Those stories prompted Congress to press for a series of DoD level investigations on testing and QA, and this most recent report is the third since 2007.

Basically this report covers a series of contracts fulfilled by Point Blank between 2004 and 2006. The context of this shortcutting by the Army is that from mid-2003 through about 2005, both the Army and the Marine Corps were scrambling to field full-up body armor systems to all Soldiers and grunts where before they were given only to front line troops. This put a lot of pressure on the Syscoms and PEOs of the world to get product out the door as quickly as possible. Remember the “momma had to buy me body armor” myths?

This is also why the Army reduced the new fragmentation V50 requirements from the 2002 level to the 1998 levels. Technology wasn’t there yet to increase ballistic capability without also increasing weight. So rather than delay shipments and find a solution, the Army let the requirement slip.

So it’s not surprising the Army said “well, if the materials are the same and there’s no change in design, why hold up shipments to Joes in the field taking hits from a growing insurgency. And oh yeah, Congress is breathing down our necks…” That’s essentially the argument the Marine Corps made, though they went after the one guy at Natick who said “wait a minute.”