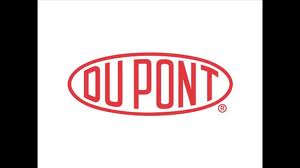 Kolon Industries Inc. lost a $919.9 million jury verdict to DuPont Co. over the theft of trade secrets about the manufacture of Kevlar, an anti-ballistic fiber used in police and military body armor.

Jurors in federal court in Richmond, Virginia, deliberated about 10 hours over two days before finding Gyeonggi, South Korea-based Kolon and its U.S. unit wrongfully obtained DuPont’s proprietary information about Kevlar by hiring some of the company’s former engineers and marketers. The award yesterday is the third-largest jury verdict this year, according to data compiled by Bloomberg.

DuPont, based in Wilmington, Delaware, is spending more than $500 million to boost Kevlar production and meet rising demand for armor and lightweight materials that reduce energy use. Kevlar and Nomex, a related fiber used in firefighting gear, accounted for about $1.4 billion of DuPont’s $31.5 billion in sales last year.

The “jury decision is an enormous victory for global intellectual property protection,” Thomas L. Sager, DuPont’s general counsel, said in a statement. “It also sends a message to potential thieves of intellectual property that DuPont will pursue all legal remedies to protect our significant investment in research and development.”

Kolon said it disagrees with the verdict and will appeal.

‘Multiyear Campaign’
The “verdict is the result of a multiyear campaign by DuPont aimed at forcing Kolon out of the aramid fiber market,” Kolon said in a statement e-mailed by Dan Tudesco of Brodeur Partners, a public relations agency. “Kolon had no need for and did not solicit any trade secrets or proprietary information of DuPont, and had no reason to believe that the consultants it engaged were providing such information. Indeed, many of the ‘secrets’ alleged in this case are public knowledge.”

Kolon said it will continue to pursue an antitrust case against DuPont, which is scheduled for a March trial. DuPont will file motions later this year to have the case dismissed, Sager said in a telephone interview.

DuPont will pursue recovery of the award “wherever we can find Kolon assets,” Sager said. The company also will seek punitive damages for each of the 149 stolen secrets, reimbursement of more than $30 million in attorney’s fees and an order barring Kolon from making products with DuPont’s information, Sager said.

To spur sales of its Heracron aramid fiber, Kolon hired Michael Mitchell, a former DuPont engineer who also had served as a Kevlar marketing executive, DuPont said in court papers. DuPont contended that Mitchell, hired as a consultant, provided Kolon with proprietary information about Kevlar.

After learning about Mitchell’s activities, DuPont executives alerted the Federal Bureau of Investigation, according to U.S. Justice Department officials.

Mitchell pleaded guilty to theft of trade secrets and obstruction of justice and was sentenced in March 2010 to 18 months in prison.

Kolon recruited other former DuPont workers, including engineers and researchers, as part of a “concerted effort” to obtain information about Kevlar, according to court filings.

“DuPont’s investment in developing this information, amounting to hundreds of millions of dollars over many years, was thereby essentially lost,” the company said in a filing in October. “Kolon is now able to compete against DuPont in the aramid marketing using DuPont’s own information against it.”