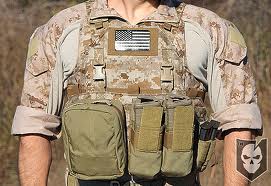 A former military contractor who made bullet-resistant vests and other body armor used in Iraq and Afghanistan was convicted on Tuesday of fraudulently enriching himself from company funds through the kind of extravagant spending exemplified by his purchase of a $100,000 belt buckle.

The contractor, David H. Brooks, the former chief executive and chairman of DHB Industries, was convicted of 17 counts, including insider trading and securities fraud, stemming from what prosecutors described as corporate looting and stock-trading schemes that made him more than $190 million.

The verdict, reached after 13 days of deliberation over five weeks by a federal jury in Central Islip, N.Y., capped a theatrical eight-month trial that stood out from other recent corporate malfeasance cases both because of the unusual details regarding Mr. Brooks’s once lavish lifestyle and because of his public unraveling since his arrest.

Mr. Brooks, 55, sat impassively as the verdict was read. His lawyer, Kenneth W. Ravenell of Baltimore, said he would appeal but declined further comment because Mr. Brooks still faces a hearing on Oct. 5, in front of the same jury, about possibly forfeiting the $185 million he was accused of making as an insider through an illegal sale of stock.

A second defendant, Sandra Hatfield, 56, the company’s former chief operating officer who was accused of assisting the fraud, was found guilty on similar charges. Roland G. Riopelle, a lawyer for Ms. Hatfield, said she was very disappointed with the verdict, which she found ”a bitter pill to swallow.” Whatever mistakes she made, he said, ”were made in good faith as a result of the chaotic circumstances she found herself in.”

Mr. Brooks and Ms. Hatfield each face up to 25 years in prison on the most serious counts when Judge Joanna Seybert sentences them. Mr. Brooks faces at least two more trials, one for tax evasion and another for contempt of court. He is also under investigation on suspicion of jury tampering, based on notes that officials have discovered.

Since the beginning of the trial in January, Mr. Brooks has proved as colorful a character at the defense table as he was in the boardroom. He had his $26 million bail revoked when prosecutors revealed he had been hiding millions in assets from the government overseas. In the final days of the trial, he was caught in possession of several pens filled with anti-anxiety drugs.

Mr. Brooks created DHB Industries in 1992 and expanded what had been a bankrupt manufacturer into one of the largest dealers of bullet-resistant vests and other body armor used by the American military and law enforcement. The company, now known as Point Blank Solutions, has since moved to Florida and declared bankruptcy. Though questions have been raised about the efficacy of the body armor — regarding the design and materials used — those issues did not come up in trial.

Instead, the prosecutors focused on the schemes they said Mr. Brooks used to enrich himself at the expense of the company and its shareholders. Mr. Brooks was accused of charging more than $6 million in personal expenses to the company, a list that included fine china, private jet flights, luxury cars, prostitutes, plastic surgery, racehorses and the six-figure jewel-encrusted belt buckle designed to look like the American flag.

The more significant fraud, according to prosecutors, was that Mr. Brooks ordered employees to lie repeatedly about the company’s financial performance, including overstating the inventory of bullet-resistant vests, to make the company seem more profitable than it was.