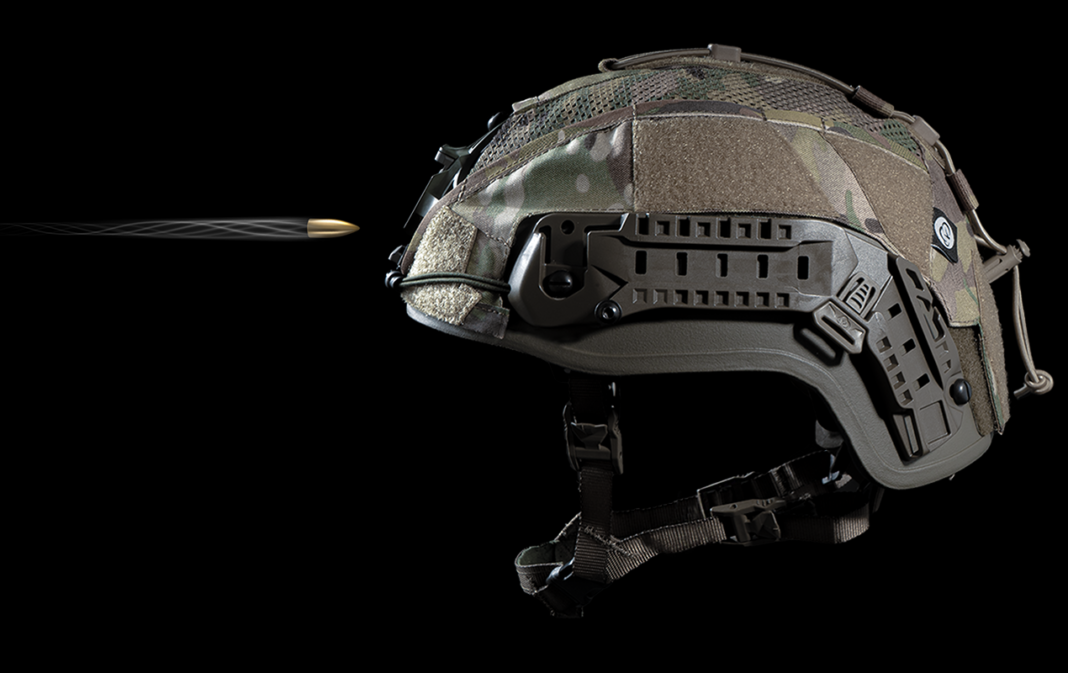 Busch PROtective is a German helmet manufacturer who specialises in creating helmets for law enforcement officers. Egon Busch founded the company in 1984, originally as a manufacturer of headgear for motorcyclists.

The Busch family has been producing ballistic helmets for over 40 years. Their focus lies not only on stopping bullets, but also mitigating energy transfer into the head, and protecting the officer in the long-term by limiting traumatic brain injury. BodyArmorNews.com had the opportunity to interview Mr. Scott Wyatt, President of Busch PROtective.

Busch PROtective’s creates ballistic helmets comprised of a variety of industry-leading protection systems. The materials used in these helmets include aramids and other hybridized components and the company does all the manufacturing, assembly and distribution.

The company sources all the materials from The United States and Western Europe. The helmets are also accessorized with components from manufacturers from Germany, France, US, Canada, Australia and Israel.

“Without question,” Mr. Wyatt said, “the quality of our supply chain and our proprietary patented technologies allow us to have ballistic recipes that create the world’s best ballistic helmet.

“Since we focus on law enforcement, our helmets are ideally suited for close quarters battle operations and keeping officers in the fight. We also ensure that counter-terrorism teams always have the products they need for their mission.”

In Europe, Busch PROtective’s clients also include several German state police organizations. They also work with many international organizations within Europe. This includes the Guardia Civil in Spain as well as many counter-terrorism teams in Estonia, Japan and Scandinavia.

Busch PROtective’s most popular helmet is, by far, the AMP-1 TP, with the most helmets sold across the world. This helmet is the company’s flagship product.

“Many helmets on the market today,” Mr. Wyatt said, “are not certified by any governing body. They are tested to the NIJ Standard that was designed in 1981, which is not independently certified. Our helmets pass the IIIA NIJ Standard test but it is a very basic penetration test. The AMP-1 TP also meets the VPAM Level 3 test.

“Our helmet not only stops the rounds but limits the energy transfer. The helmet is also modular and can accommodate many accessories, including visors, ballistic mandibles and hearing accommodations. We try to create an entire system that protects officers depending on their mission.”

“The most important thing,” Mr. Wyatt continued, “is that the AMP-1 TP is the only helmet in the world that satisfies the new DEA-FBI Ballistic Helmet Protocol released in 2019. One of our proudest achievements is meeting the stringent requirements of the Department of Justice.

“The DEA-FBI Ballistic Helmet Protocol, next to the VPAM, is arguably one of the best ballistic certifications in the world. We hope that more law enforcement agencies educate themselves on this protocol, because ultimately it will lead to officer’s safety. We encourage more helmet manufacturers to push their products to offer better protection.”

A look at the future

“We are always trying to get more advanced composite materials that will allow the products to become lighter and subsequently the operators more agile,” Mr. Wyatt said. “However, as a company, we are not willing to sacrifice protection for weight.

“Right now, we are developing lighter-weight solutions while still meeting our rigorous. ballistic standards, which are considered to be the highest in the world. We want to make sure that we focus on quality and protection first and modularity and accessories second.”

TYR Tactical To Move Into Bigger Building In Peoria Area

No Enforce Tac Exhibition In 2021