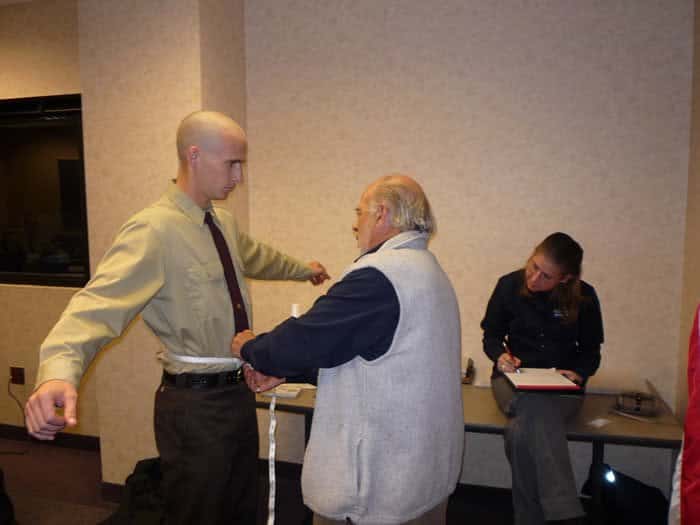 The body armor worn by a State Highway Patrol trooper shot during an Interstate 95 traffic stop protected him from the gunman’s bullets, a patrol spokesman said.

One of the questions lingering after Trooper J.C. Chris Horniak, 30, was shot in the shoulder, left leg and abdomen on Monday was whether one of the bullets passed through his protective vest. The bullets hit places that were not protected by his vest, highway patrol Lt. Everett Clendenin said. “It stopped one bullet that struck him directly in the sternum,” Clendenin said Wednesday.

“We’re convinced now even more that this vest saved his life.” Horniak’s condition was upgraded from critical to fair Wednesday.

Marvin Bell Johnson, 40, of Richmond, Va., was charged with attempted murder in the shooting. A passenger in his car, Nichelle Rentia Steele, 21, was charged with being an accessory after the fact. The bullet-resistant vest Horniak wore was made by Second Chance Armor, a bankrupt company that has been sued for distributing body armor made from Zylon, a material that weakens in heat, light or humidity. The vest Horniak was wearing did not contain Zylon, Clendenin said. It was a newer model that the Highway Patrol has been distributing to replace the faulty vests.