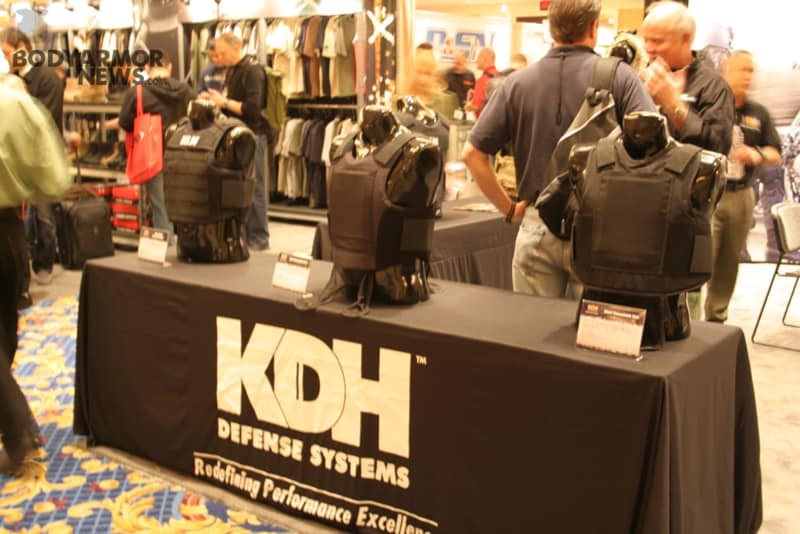 Next Generation Ballistic Body Armour Takes The Load Off Soldiers

Wearing body armor for protection against bullets and shrapnel has long been a double-edged sword for soldiers. While the body armor provides an indispensable defense, its weight and placement on the body exposes the wearer to neck, shoulder and back discomfort, and possibly years of lingering pain.

The problem is not just the armor, but also the heavy equipment that soldiers routinely wear for hours and days at a time that can weigh more than 60 lbs – including rifles, ammunition, grenades, radios, medical kits, backpacks, water, and other supplies.

To alleviate discomfort and reduce the fatigue that impacts the soldier’s tactical effectiveness, a next generation body armour systems is being developed. A body mapping pressure system by Sensor Products Inc. called Tactilus is enabling a highly-skilled team of designers and engineers to develop new vests and carriage systems that optimally distribute the load that soldiers carry.

The project is being directed by KDH Defense Systems of Johnstown, PA through a contract with the US Air Force.
“Armor designs today are over the body and wrap like a jacket, making the bullet proof vest and next generation body armour wrap around the wearer so tightly that it becomes load bearing,” says Jeffrey Payne, Project Manager of KDH Defense Systems. “We are looking to apply human factors engineering in order to create a better more efficient unit. Our results have been very encouraging. We are on track to reach our goals.”

Dr. Evan Goldman, a professor of gross anatomy and physiology at Philadelphia University, is using the sensor technology developed by Sensor Products Inc. to test the next generation body armour on soldiers.

“The Tactilus pressure mapping sensor system by Sensor Products Inc. shows us any pressure points that develop, not just when soldiers stand in place but also when they perform ballistic motions – such as jumping, running quickly, turning, crouching or crawling on their bellies. By viewing images and statistics from sensors located beneath their vests, we can see how these pressure points move with the body in real time as they perform their maneuvers,” says Dr. Goldman.

Besides increasing comfort, the team says the next generation body armour will significantly increase the soldier’s flexibility and maneuverability, which has enormous strategic advantages in the field.

By using human factors engineering, design and prototyping, Daniel Massam, industrial design director of EDGE Product Development in Newtown, PA, is adapting the armor systems to the needs of the soldiers. “In addition to reducing concentrations of weight via vest carriage design, we are using the sensor system developed by Sensor Products Inc. to quantify the performance of different types of padding in different areas of the body. This data, combined with additional thermal testing, allows us to zero in on the most effective solution with hard numbers to back up the feedback we get from users and test subjects.”

Pushed to their creative limits, participants in the project are breaking new ground. Jason Blume, an engineer at Sensor Products, discovered new uses for the Tactilus electronic sensor system specified for the project when he suggested the sensors could work in a new configuration to fit the size and shape of the vest and carriage.

Previously Sensor Product’s systems had supported square or rectangular designs, such as mattresses for ergonomic testing. While they were optimistic, there were questions about whether the sensors’ electronic lines could be cut and reconfigured to the vest. Three separate sensor pads needed to be used for the chest, back and waist, and clear color-coded body images and precise statistics had to be produced without signal interference.
“The challenge for us in sensor technology was to modify our sensors and software to conform to the dimensions of a vest, while providing full three-dimensional pressure distribution visibility of the chest, back and neck,” says Blume.

Sensor Products split up the sensing points; rows of sensors were distributed into two connecting L patterns, with one L inverted to face the other to provide coverage for the neck, shoulders and trunk. A third sensor pad was configured to wrap around the soldier’s waist. The software was broken up into multiple pieces for full system functionality. The sensors were then melded into the vest to serve as a guide for future prototypes.

Dr. Goldman attests that the next generation body armour being created has technological advantages. “While one of the armor prototypes excelled in some of our design goals, we could tell through the full-body sensors that it limited the wearer’s range of motion. Thanks to the sensor technology, the superb new armor we are creating has tremendous measurable enhancements compared to current military body armor.”

Flexing In The Line Of Fire: Lightweight, Flexible Body Armor For...