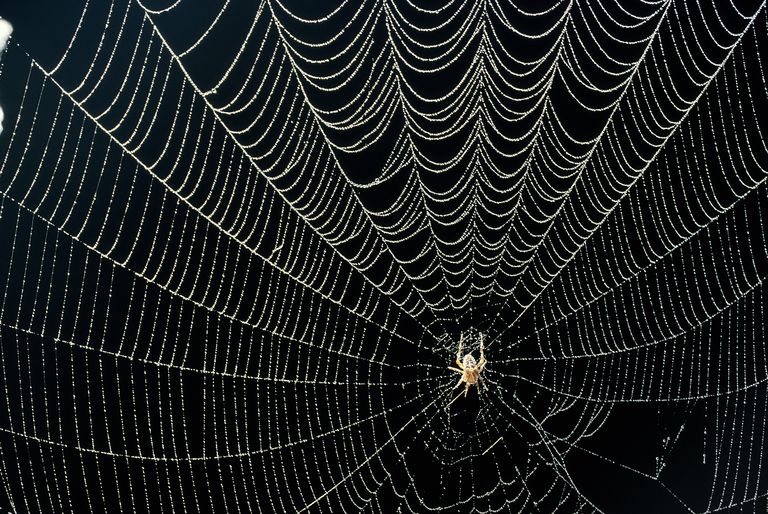 Body armor made from spider silk is in serious development and it is not as farfetched as it may seem. A decade from now, the military may be ordering this incredibly lightweight body armor for the troops. The latest type of armor being considered by the U.S. Army is not at all what you would expect. It’s not some tough new chemical composition or porcelain to replace Aramid. It’s actually spider silk.

Using spider stuff to make clothing isn’t totally new, but it’s an entirely different matter when you consider mass-producing it. The vest seen in the photo above was made of silk form Madagascar’s Golden Orb Spider. The designers spent eight years using a million spiders just to make this one vest. However, the new body armor being designed now is not going to require anything this complicated.

Spider silk is made up of a protein-rich liquid, which when dried forms a solid filament that can be shaped to meet various needs. For example, the spider can create an egg sac or weave a web for capturing food. Spider silk is highly flexible, extremely stretchable, surpasses steel in strength, and most importantly, can be formed into a mesh that would stop a bullet. The problem is that until recently, nobody had found a way to make enough spider silk to manufacture and test possible options to find out whether it really can stop bullets.

Utah State University researchers have found a way to alter the DNA of silkworms so that spider proteins could be incorporated into the silk threads produced by the silkworms. This new silk has double the strength and far more elasticity than normal silkworm silk and can also be mass-produced. The resulting material successfully stopped a slow-moving .22-caliber bullet using just four layers. Thirty-three layers of Aramid are needed in today’s standard bullet proof vetsts.

Kraig Biocraft Labs announced in 2018 that it was manufacturing large quantities of panels like the ones seen above for the U.S. Army. They are calling this new fabric “Dragon Silk.” This too was developed without using millions of spiders, who would have probably devoured one another rather than live in peace to spin threads. Kraig Biocraft used patented genetic proteins to create silkworms that were similar to the ones the researchers at Utah State created. Rather than settling for standard body armor, Kraig Biocraft may end up being the first to design comfortable lightweight and flexible body armor that can truly protect the groin area.

Jon Rice, Kraig Biocraft COO said, “We are so excited and proud to see the amazing break-through technology that we spent years developing, going to the U.S. Army. Speaking for myself and for the Company, being given an opportunity to protect the men and women who are brave enough to put their lives on the line for our protection, is an enormous honor.”