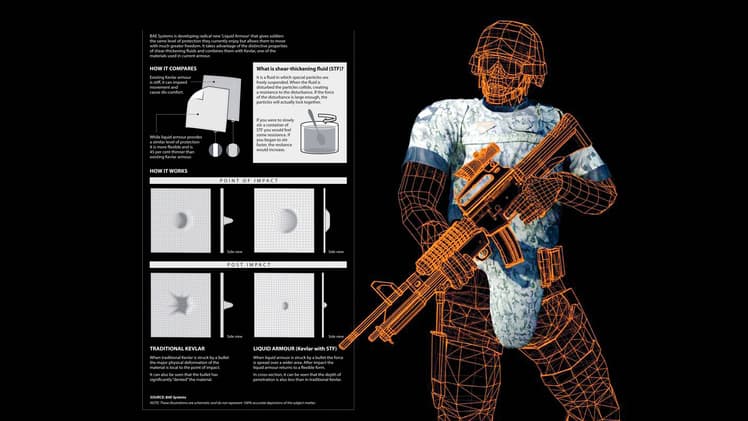 There’s been a lot of controversy surrounding bulletproof vests ever since a Phoenix officer was shot in his lower left hip. He was wearing a vest, but the bullet went right through. A new liquid armor which hasn’t hit the market yet is supposed to give Dupont Kevlar body armor an added level of protection.

Phoenix Officer Anthony Daley was shot and injured while out on a trespassing call in November. The bullet went right through the Kevlar vest he was wearing.

“It’s not the first time law enforcement has had concerns about ballistic vest safety and reliability,” said Joe Clure with the Phoenix Law Enforcement Association. He asked a third party lab to test that vest model that Daley was wearing. The vest failed.

“We have replaced all the vests or have identified, we believe, all the people who have them,” Clure said. But a company called BAE Systems is using a liquid technology that, theoretically, would make any Kevlar vest stronger. You would treat the Kevlar with the liquid armor; when you add force, the particles in the liquid collide, forming a solid barrier that absorbs the impact.

“I can see where it would have a lot of law enforcement application,” Clure said.

You can use corn starch and water to get a similar effect. Once you stir completely, the solution retains a liquid form. But if you apply force, by hitting the solution with a spoon, for example, it becomes a solid, much like the liquid armor would.

Clure tells us Kevlar vests are very stiff and hard to move in.

“That’s where I think this new technology will be benefit, it makes it lighter and certainly more pliable,” Clure said. The liquid armor is supposed to be 45 percent thinner than your average Kevlar vest, which would come in handy in our grueling summers. But Clure says he’s not getting too excited yet until he sees some field tests.

“I’m sure all law enforcement will be watching to see what happens with this,” he said.