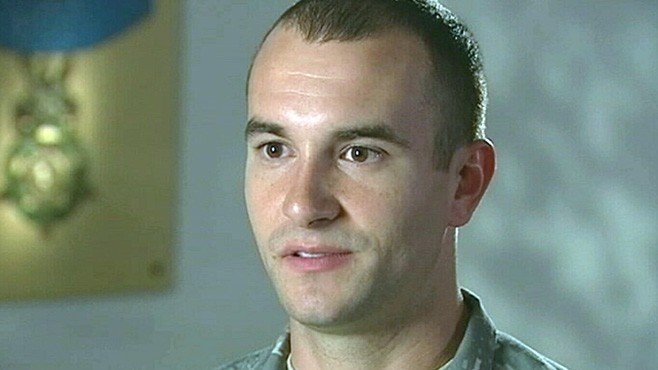 America’s first living recipient of the Medal of Honor since the Vietnam War says the heroic actions he undertook in Afghanistan are as brave as what every American soldier experiences day in and day out during their tours of duty in that country.

Last week, Army Staff Sgt. Salvatore Giunta was named as the first living recipient of America’s highest medal for valor since the start of the wars in Iraq and Afghanistan. The previous seven awards have been posthumous.

In his first broadcast network interview since being named to receive the honor, Giunta told ABC News’ Martha Raddatz that America’s forces in Afghanistan act with “immense bravery” doing “above and beyond anything that should ever be asked of them.”

Though he would rather not discuss the details behind his heroic action, his story has been described by reporters embedded at the time with Giunta’s unit, the 173rd Airborne Brigade Combat Team.

Giunta’s squad of eight soldiers was ambushed during a nighttime patrol in the Korengal Valley in eastern Afghanistan, an area so dangerous to American troops it had become known as the “Valley of Death.”

An Army specialist at the time, Giunta survived a bullet to the chest, but his life was saved by the protective body armour he was wearing. Under fire, Giunta immediately proceeded to recover two fellow soldiers wounded in the attack who had become separated from the main part of the squad. It was after this that Giunta saw two Taliban fighters dragging away the body of another wounded soldier, Sgt. Josh Brennan, who was also one of his closest friends. Giunta threw grenades at the insurgents and after firing all his rounds forced them to drop Brennan to the ground. While under fire, he provided care to Brennan until medical help could arrive. Brennan did not survive his wounds nor did the squad’s medic, Spec. Hugo Mendoza. Most of those on patrol that night suffered serious injuries.