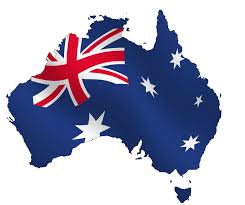 Australia is set to make its own military ballistic inserts

bullet proof vests instead of importing them from the United States.

According to senior Australian Ministry of Defense officials, technology for producing the ballistic inserts bullet proof vests has been developed by its Defense Materials Technology Center, Australian Defense Apparel, the Commonwealth Scientific and Industrial Research Organization and the Victorian Center for Advanced Materials Manufacturing.

“Manufacturing these ballistic inserts bullet proof vests in Australia has big advantages,” said Minister for Defense Materiel Jason Clare. “It will allow for new technology to be prototyped quickly and for product development to occur in Australia.

“Thanks to the hard work of the scientists, engineers and Australian defense industry here we now have a world-leading product that can be produced here in Australia.”

Australian Defense Apparel, a private company originally established by the government in 1912, is expected to soon begin production of the ballistic inserts bullet proof vests in Bendigo, in the state of Victoria.